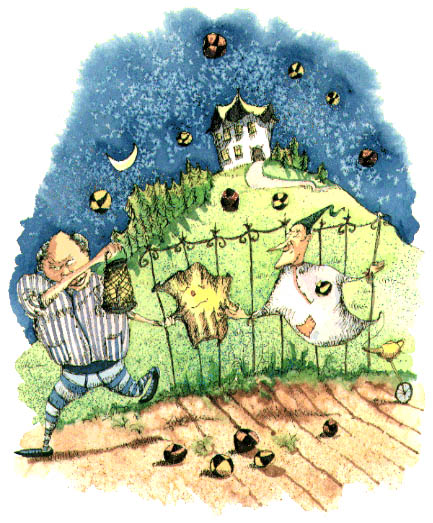 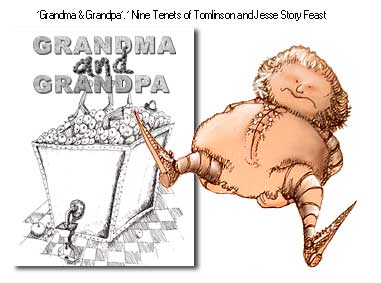 Gran and Grandpa both fell down
as they were making juice.

They drank the lot.

So little was produced.