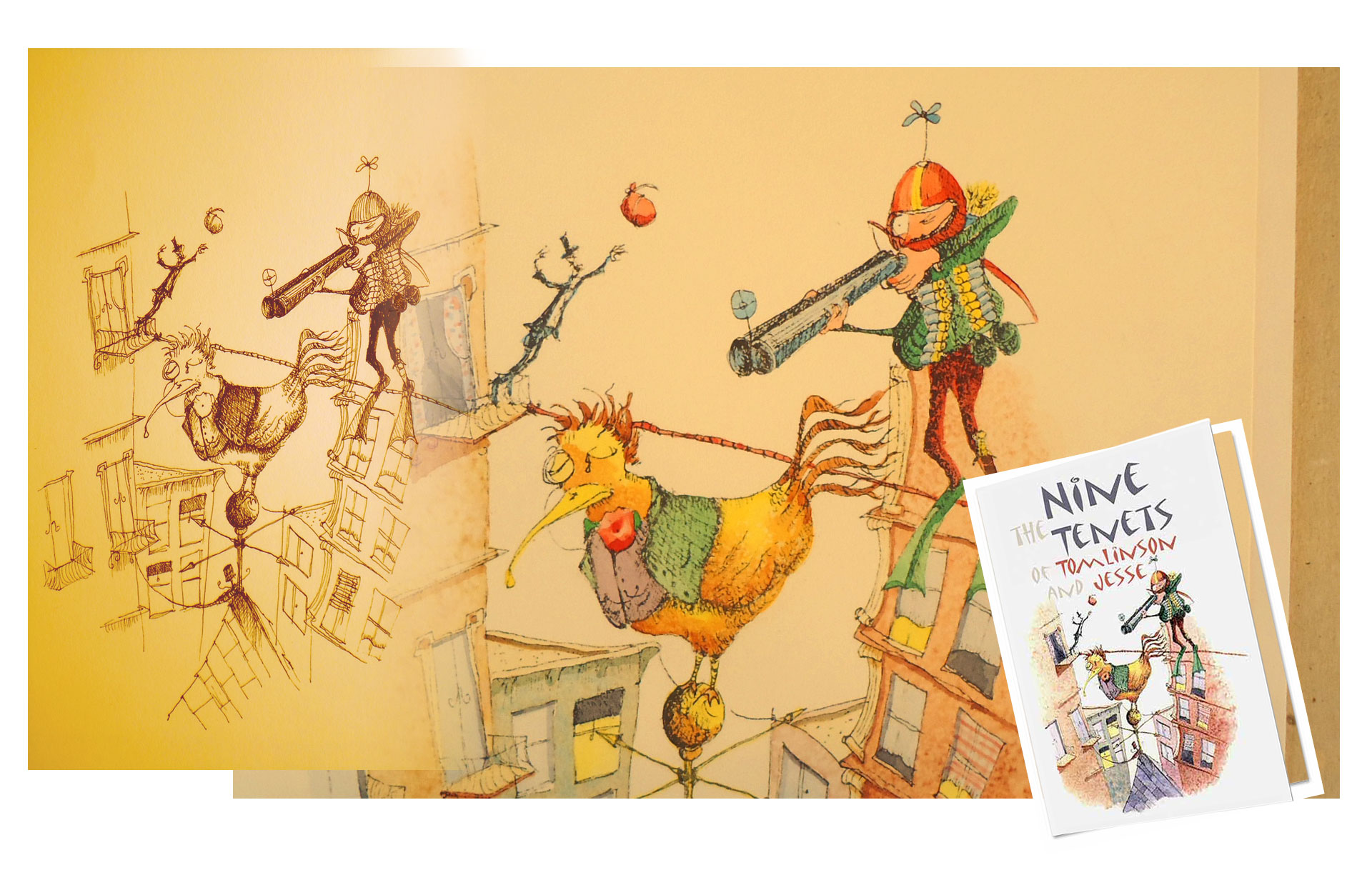 Hedradwall Cabbard raised his barrel
At the Suejuice Bird – in best apparel.
His flight or plight –  to west or east
Was ‘soar away’, or ‘die as feast’!The shutters closed in and around.
Most fond peekers made no sound
But backed from blinds and thus could see
Not what or how the end would be.

One shot was fired from rod of two
But missed and hit a stanky flue.
“My Ball-Cock!” shouted out a man,
Who chased as far as catch it can,
But stopped on edge by rope stretched tight
His murmured “You”! issued at height.

“You’ll stop my Wind, you gunning fart,
Get off my windcock – shoo depart.
My balcony’s not made for rope
And old green flippered shooting blokes.

The Suejuice Bird stood very still,
Not wishing anybody ill,
Reflecting on the second shot
From Cabbard’s gun and winded sot.

And in this state of stanky poo,
Our characters exist for you.
This poem was simply meant to be,
Sub-fuse of tone and all for free!

Yeah .. I realise that some image-rich parts of this don’t really work in text alone.The image came first and I just had to add some words to explain things. I think I need to work on a book to combine things.
Posted by Grant.

A Beggar from Valhalla

A Beggar from Valhalla would make a lovely pet.

I’d dye its hair a shade of Green, its nails I would let grow.
I’d fly it free in-front of me, on ropes, and not let go.

I picked an Orange from Seville in Spain a year ago.
I made it legs and trained it well but still it’s walking slow.

A beggar from Valhalla would make a lovely pet.
I emailed Norse to send me one but haven’t got it yet.

This was inspired by a picture of a floating puppet-balloon who’s ‘owner’ looked unworthy of his inflated possession, let alone the wobbling orange by his side.
Posted by Grant.