“Tales of hard to reach dreams  are many. Tales of impossible dreams  are fewer. Dreams of having a tail , and wings, and flying through the air are common,  especially for one coach I once met who spent each night with her head in the clouds”

So begins the story of the little coach who always wanted to be an air bus.

“Look at the sky and tell me why I’m not up there. I’ve got all the thinking skills, the driving skills,  the determination, the fight, but every night, parked outside your hangar, I look up at the stars and they are still so far.”

The rocket, who knew the ups and downs of the space routine, grinned a little at the coach’s approach. “Do you want to fly more than anything on Earth?” asked the rocket.

“Yes rocket, more than anyone realises” replied the Coach.

The rocket drumed its fins, closed a few hatch doors and raised itself to its full launch height, saying, “I’ll see what I can do. I have a few friends in high places.”

For any four wheeled driverless passenger carrier like Coachy the coach, life’s usually sewn up from the factory gates onwards, but by luck, Coachy got her first posting to the hospitality wing of the Xtra-Green Space Mission [X-GSM] where she would meet, greet and transport visiting aliens from as far a field as WASP-33b. But, as a vehicle produced to master self control, she had her eyes on the great Space race.

One day, out there,
Above the sky so blue,
Space is waiting, waiting, for a Spacebus, like you.

Where are the Cloud Popper’s jagged clothes
With which she’d guide the raindrop flows,
To water where the goodgreen grows
Around each small and tall tree’s toes? 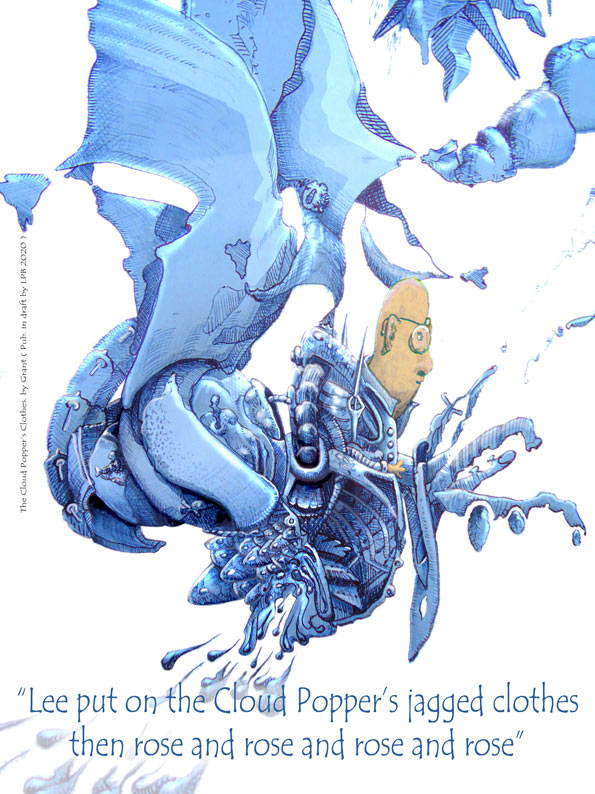 Where goes that thief – the hijacker who
Removed the jagged clothes from view
And popped the clouds above such lands
Where Nature slept beneath its sands?

Where rained the drops that didn’t stop
But flushed the muds to covered the crops
And flooded the houses door by door
By reign of rain /  hard water lore?

The Cloud Popper sighed, his purpose gone;
His clothes of blue removed,
By elements who thought they knew
The how, the what and who.

Without a clap of thunder,
No trickle of applause,
The Popper of the planet’s clouds
Gave in to stronger laws.

His like we may not see again –
His skill being heaven sent.
Now those who wear his jagged clothes
Play in their element. 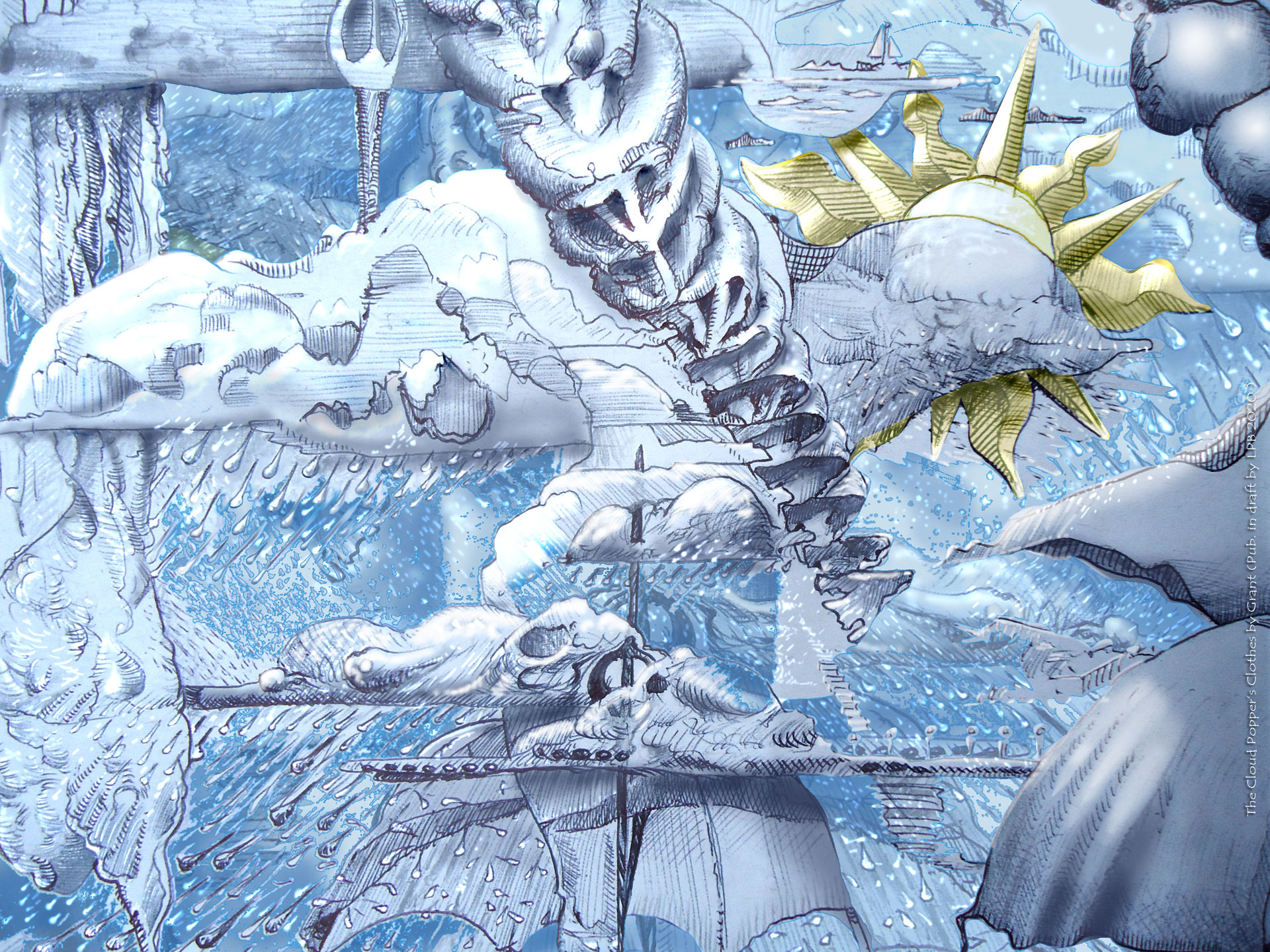