We’re going on a poem hunt

We’re off to the sylvan wilds within
To wend our way to words.
Our lines of thought will couple them
Aligned in text – not heard.
For in this silent space they lay
For some, an ever-and-a-day,
Awaiting eyes that seldom know
The depths we wondrous poets go.

And on the subject of hunting for poems, here is one of my poster designs for a “poetry walk” through the woods for the Marches Poets. It was a shared event and organised like an Easter Egg hunt. 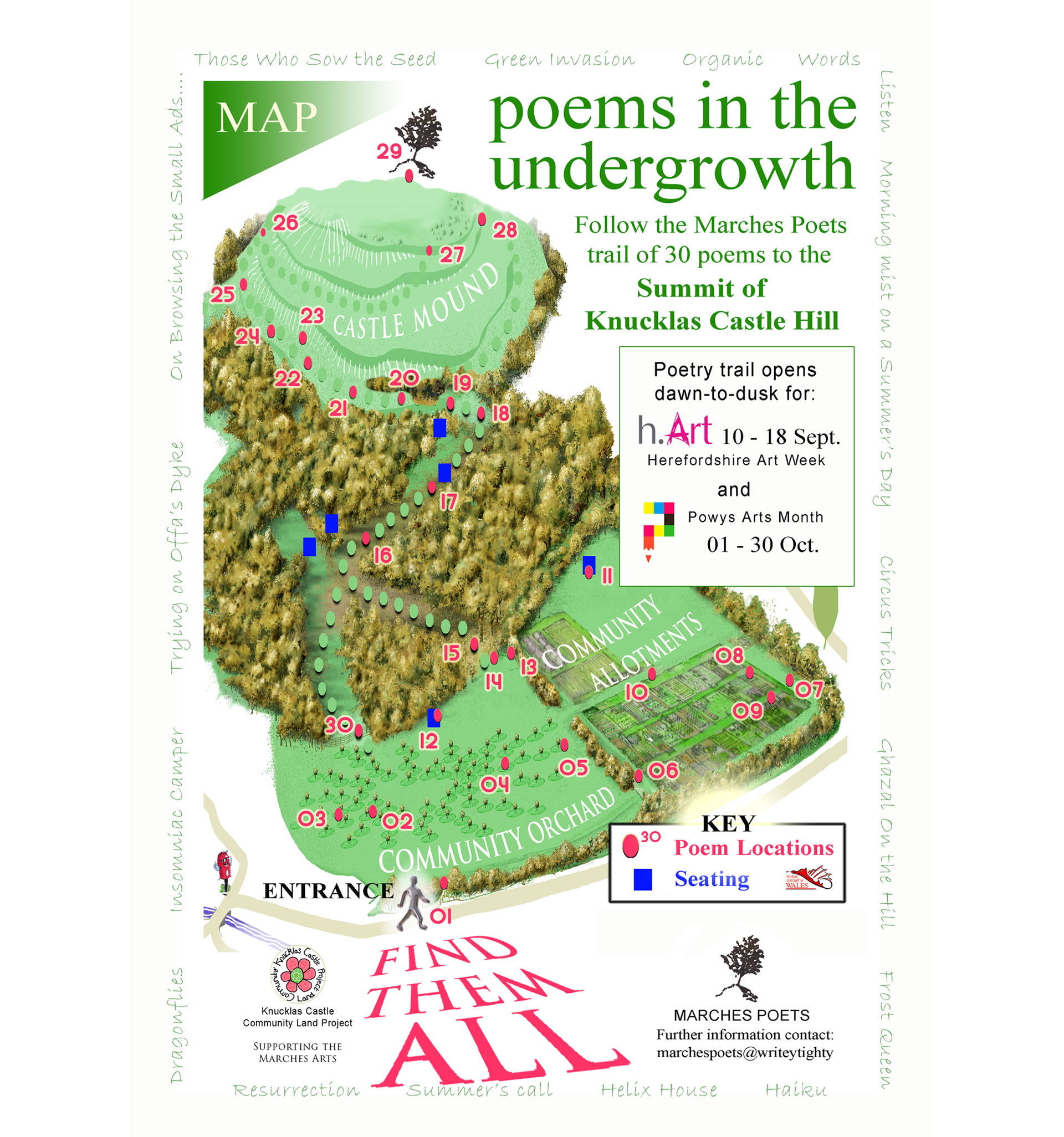 Lady Sapph – Your word play is so fun, and you really do have a refreshing style. Your work is like skipping rocks you seem to always nick the surface of a subject and let one’s mind grasp the depth. Awesome. Keep it up!

Elske – Title / intro is:  love it, nice title!
Something to work on is:  nothing really, although it might be that the first word ‘we’ve’ should be we’re. nice rhythm you got going! and I really love the theme, many poets can relate to it, I am very sure. very good job!

Ah yes, it should be! Thank you very much for spotting that. I’ve corrected it.
Posted by Grant.

I should really go onto Soundcloud and record this with a Scottish accent.
I thought I’d lost this poem but re-found it on a site which rescues web pages, along with the illustration of the characters.

Calum, (nee Dour)  – big mogul o’er
the Planet’s Media scene,
researched to do the scoopiest scoop
– the biggest ever seen!
“I’ll make a million / coin a mint,
all in one afternoon,
– with telescope and camera
and ticket to Dunoon.”

Far off the shore, of Loch Needmoor,
as said a leaked Report,
a gene soup nest of escapees
were living in a fort.
Their leader was a bloke gone wrong,
the locals called Nar Whilly,
– a sheep-duck-man-duck-sheep back cross
who’d gone a little silly.
He loved his fellow creatures,
though little else was clear,
whatever brought him to this spot,
whatever keeps him here.Calum, (nee Dour) upped anchor,
in his patchwork Quilt Balloon.
“I’ll make it ‘cross those waters,
if I rise above Fort Tune!”

But on that day, Nar Whilly Bang
was oot te bring him doon,
an’ in that watery deepy Loch
he wanted Dour te droon.

“Where would the one armed octopus
and two legged glow ball go,
if Dour came here and made the place
into a media show”?

And that’s the News this very hour
who’ll win we do not ken,
– we can’t collate tomorrow’s truth
through pictures, speech or pen.

If we ALL put fortune on our path
For nowt but private gain,
that cherry we term ‘Tomorrow’ is flawed
So we best all  think again!

Robert Lindsay – It’s a comical tale…really bizarre like a cartoon.. I thought Nessie was going to pop up but no – so well done.
I understood it perfectly, but then I’m from Edinburgh.
I’d say add a clever graphic and author’s recording to it Grant… and you’re sorted..
Posted by Grant.