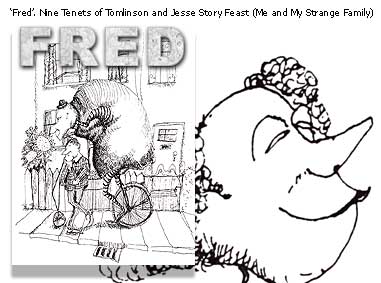 Fred does tricks outside his flat
to wake is neighbours up.
At night he fixes smoke alarms
and feeds his neighbour’s pup

He likes his neighbours, they like him
though all of them think that
he’d look a lot less silly if he wore a bigger hat.