Those with more than a passing acquaintanceship with eastern block countries will know how quickly they began to try and attract western investment once the cold war ended.

We were sent some details from the property portfolio of a Czech construction company by Triplex Lloyd in the UK who were interested in opening a retail outlet in Prague named Columbus.

Within a 5 day turnaround, and just hours before the arrival of the non-English speaking representatives from Prague, we put a series of design studies together for the sympathetic modern conversion of their 18th century city centre mansion to include drawing details of bespoke shop fittings, display units and both interior and exterior (day/night) lighting views. 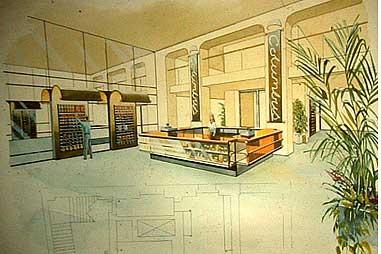