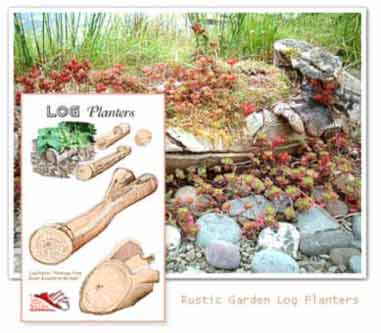 I was invited to look over a mixed deciduous woodland that should mature in another 40 to 50 years. At the moment, little or no forestry is being done so many of the trees are being allowed to grow out of easily useable shape. Sometimes nature looks good but with a man-made density of planting, even nature finds it hard to naturalise.

The woodland owner has recently opened up some good tracks into it, but as it provides very little income, he cannot justify speeding all the time he would like under its canopy.

When designing a method to gain income from an asset, sometimes the simplest of design solutions is required. When applying the simplest methods, sometimes an enormous effort is needed. Previous thinnings have been sold off as firewood but the price does not justify the cost. If a small saw mill was set up in the woodland, it would help but with chainsaw, axe and log splitter, the work would never end.

In the undergrowth however, as the Woodland sits on the North facing side of a hill, are the mature remains of natural ‘log planters’, encrusted with toadstools, moss, ferns and grasses. We pulled one of these marvels of re-cycling into a clearing and it looked like an instant, albeit overgrown, Chelsea Flower Show feature usually taking years to mature.

A market exists for maturity and such wonderfully natural planters. These planters take years to come into being and cannot be bettered by fibreglass or pre-cast versions. But where there is a market for that which nature produces, there is a marketeer ever searching for greater profit margins. A factory line might produce 100 identical planters a minute or a thousand! It took two of us about 10 minutes just to extricate our one log planter from the bramble and briar of the forest floor.

In a world of profit margins and fluctuating pea soup shares, nature is being overtaken in nearly every lane.

Back at the drawing board – still the very same board that Charles Lam, my maths tutor bought for me from IMI when I was 13 – I designed some more ideas for using wood and woodland. The story is not at an end as few stories ever conclude, but one episode might be. We explored, we delighted in findings and we talked. After some more talk, but even better action, that woodland might bear untold fruits – the harvest will be in the telling.